Ollie Watkins an 'example for any youngster to achieve their dreams' 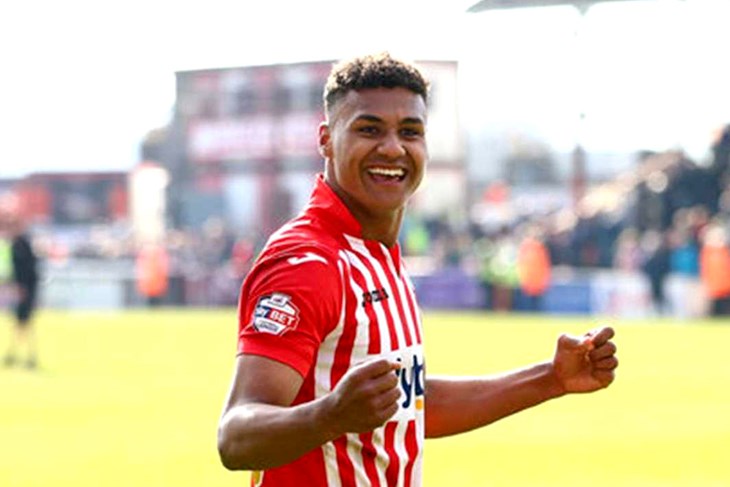 The Newton Abbot born man was the first Exeter City graduate to play for England since Cliff Bastin in 1938 when he made his debut against San Marino in March, and with his first shot on target he got in on the act scoring the fifth of the five goals in the win for the Three Lines.

Ollie Watkins’ rise to international stardom is an example of how any youngster from Teignbridge can achieve their dreams.
The Newton Abbot born man was the first Exeter City graduate to play for England since Cliff Bastin in 1938 when he made his debut against San Marino in March, and with his first shot on target he got in on the act scoring the fifth of the five goals in the win for the Three Lines.
Watkins made 99 appearances for the Grecians, scoring 28 goals before his £1.8 million move to Brentford.
There, he soon became one of the most feared players in the Championship, scoring 50 goals in 143 appearances, before a £28 million move to Premier League Villa, where he has already struck 12 goals in 31 outings.
Watkins grew up in Teignbridge and was educated at Decoy Primary School in Newton Abbot and then South Dartmoor Community College in Ashburton, and at Thursday’s full council meeting, the first since he made his England debut, councillors were full of praise for the 25-year-old.
Teignbridge District Council chairman Cllr John Petherick started the meeting by issuing ‘congratulations to Mr Ollie Watkins who has been chosen to play for England and I understand that he recently scored a goal.”
Praising him and holding him up as a shining example of what can be achieved, Cllr Gordon Hook added: “It’s absolutely right to praise and rejoice in success and that even coming from Devon, you can reach the very top in any given profession or pursuit, and Ollie Watkins is a success by any standard.
“Educated at Decoy Primary in Newton Abbot, and South Dartmoor College, he is a local boy. Only last summer he obtained a £30m transfer from Brentford to Aston Villa but recently made a scoring debut for the England team.
“Quite obviously he is a very good footballer and from my limited knowledge a good role model, and by that I mean he isn’t a play-actor, he doesn’t fall over in a puff of wind trying to con referees.
“He is a loyal team man and he gives it his best and a 100 per cent trier. He is an admirable role model for aspiring youngsters. Let’s celebrate achievement and say to every youngster to dream your dream, aspire to achieve, and if you aim for the sun and only hit the moon, you will have done your best and that is not a bad ambition in life. Local Ollie Watkins did it from Devon and so can you.”
Cllr Richard Daws added: “I have some experience with Ollie directly when he was running a training event at Exeter City where he was the star striker and the treasured photograph we have in our house is the award he gave our daughter.
“I am a member of Exeter City FC which is community owned and his transfer to Brentford and Aston Villa caused a huge windfall for Exeter City and the pyramid system, which has been threatened over the last few days, is in full flow and working properly.
“We should all take pride in that and his success and hopefully he will score the winning goal in the Euros this summer.”