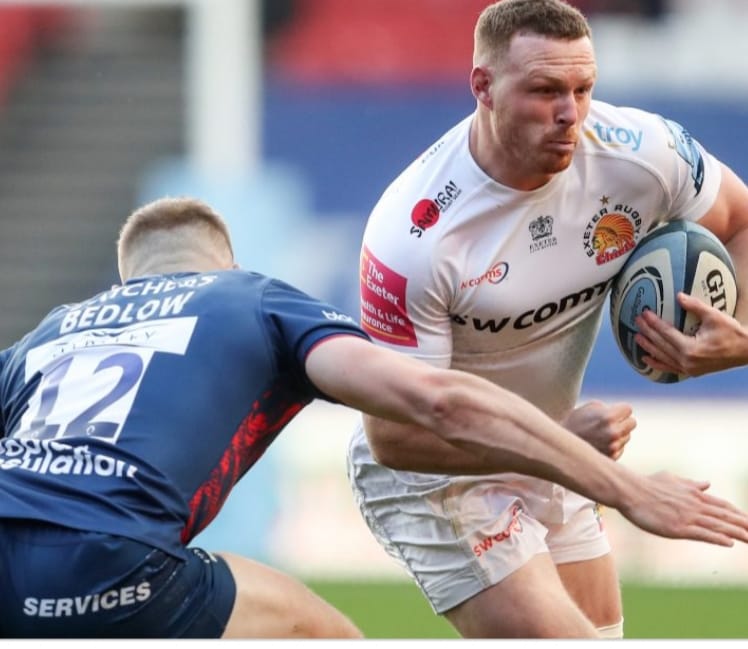 Bears scored early on through a try from Andy Uren before Sam Skinner and Tom O'Flaherty came up trumps for Chiefs.

Luke Morahan went over for Bristol's second try late but Exeter won to close the gap to the leaders to eight points.

British and Irish Lions coaches Warren Gatland and Neil Jenkins were among those watching from the stands as a number of players looked to press their claims for a place on the tour to South Africa.

Exeter number eight Sam Simmonds was among those to catch the eye of the coaches who has been dismissed by England coach Eddie Jones.

An absolute pleasure to watch this game at Ashton Gate, Exeter outplayed Bristol, sadly with no fans in the ground. There is a lot of love for Mr Simmonds at the moment.

With the win for Chiefs they close the gap with Bristol to eight points. Bristol are on 66 points to Exeter's 58. As this was the first game of the round the other games involving Sale and Harlequins will be played by Saturday evening. Sale and Harlequins are both on 50 points.

Exeter's next game is not until Saturday 8th May as Worcester visit Sandy Park. No game next week as it is European Champions Cup action.