CHIEFS YOUNGSTERS DO WELL AGAINST BIG NAMES OF GLOUCESTER. 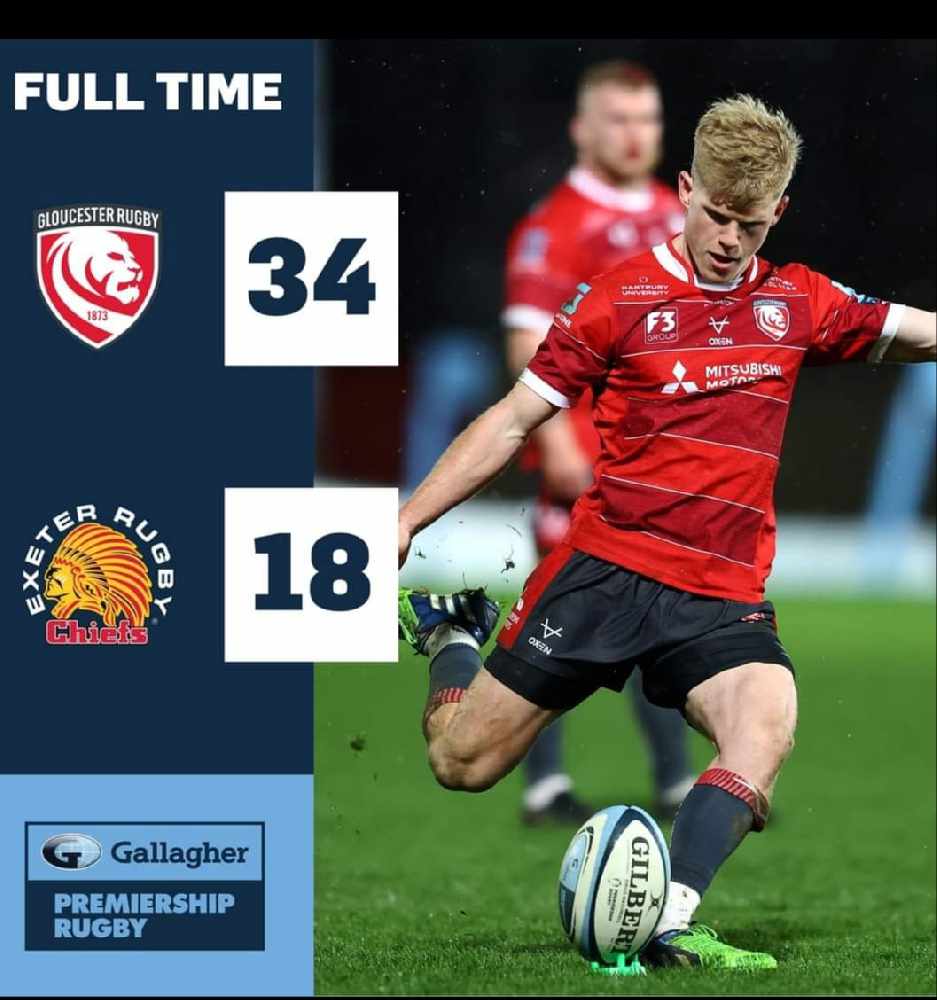 CHIEFS YOUNGSTERS DO WELL AGAINST BIG NAMES OF GLOUCESTER.

A very much changed Exeter side sadly were defeated away at Gloucester Rugby on Friday evening in a game which displayed the next generation of players coming through the ranks at the defending champions.

Two tries from hooker Henry Walker and Charlie Chapman plus a late penalty try gave the home side a bonus point win after two early Chiefs’ tries from Josh Hodge and Don Armand. Exeter had been 14-15 up at half time.

Gloucester had players who took part in the Six Nations of Jonny May and Louis Rees Zammit.

At the time of writing Exeter remain second in the table with 49 points behind Bristol who have 56 points and Harlequins third with 44 and Sale on 42.

The Chiefs next game is against French side Lyon in the European Champions Cup at Sandy Park next Saturday with a 5.30pm kick off.