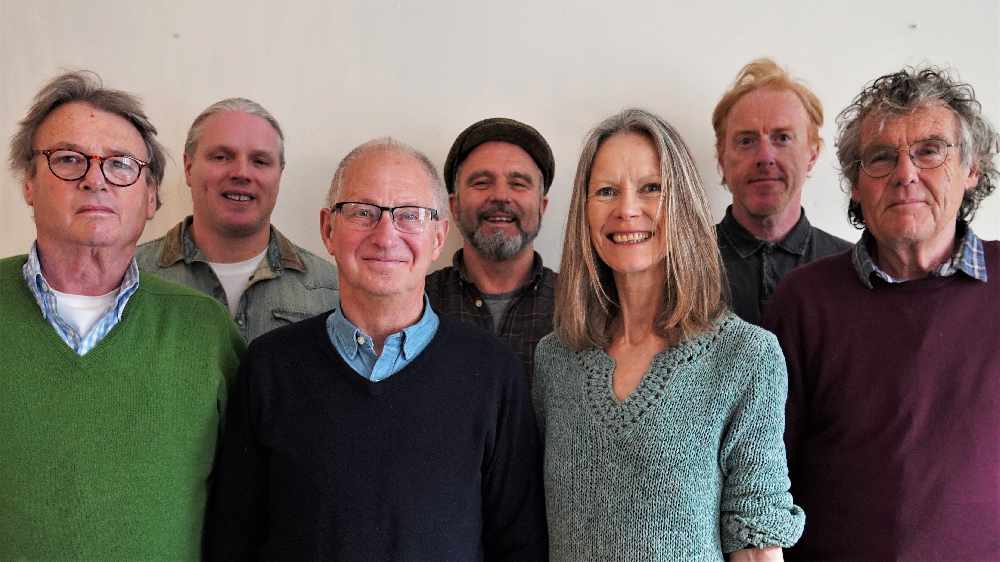 Voters across Devon in the County Council elections will be able to cast their votes for a new political party that wants to ‘end the lockdowns, protect medical freedom of choice and protect human rights and liberties.’ The new Freedom Alliance political party is fielding candidates for 20 of the 60 seats in Devon, from Seaton to Hartland and from Combe Martin to Salcombe.

Voters across Devon in the County Council elections will be able to cast their votes for a new political party that wants to ‘end the lockdowns, protect medical freedom of choice and protect human rights and liberties.’
The new Freedom Alliance political party is fielding candidates for 20 of the 60 seats in Devon, from Seaton to Hartland and from Combe Martin to Salcombe.
The Freedom Alliance Political Party, officially recognised earlier this year, say they are committed to the principles of personal freedom.
Dr Stephen Hopwood is a local party spokesman and a doctor of medicine who has worked in Totnes as a holistic practitioner for 25 years, and said: “These are unprecedented times and we aim to show that we are indeed a viable force to be reckoned with. More and more people are intelligently analysing what is true and what is not and beginning to see through the false narrative. We have decided to stand to support these people in this understanding and to directly oppose this unacceptable roll out in our community.
“We’re offering electors the chance to vote for a genuine opposition to the measures which have been imposed by the Government – measures that we do not believe were even remotely justified by the scale of the threat in the first place.
“Our economy has been ruined and our individual freedoms massively curtailed. Our fundamental human rights are in real danger of being lost and we believe we must act now to protect our community and humanity.”
The Freedom Alliance believes that freedom of speech and the freedom of people to gather are fundamental human rights. Importantly, they consider everyone should be free to make their own medical choices – whether to have a vaccine, get a test or wear a mask.
“We reject the kind of restrictions that have been imposed on us in the last year under the guise of a pandemic which is just not justified by a proper rigorous scientific study of the data,” said Dr Hopwood.
“We have seen the threat of Covid exaggerated and large numbers of deaths caused by the lockdown itself – a huge cost in human misery, with people unable to get treatment or not being diagnosed for other illnesses. The toll on mental health and on society as a whole has been completely appalling, punitive and very damaging.
“Old people have been imprisoned in care homes. Children have seen their education blighted and been coerced into virus testing regimes and mask-wearing which is all hugely psychologically damaging. Businesses and livelihoods have been unnecessarily destroyed.”
The Freedom Alliance is calling for an immediate end to all lockdowns and believes any testing or vaccination should be completely voluntary and any ‘decline’ should not lead to any detrimental consequences. The party rejects compulsory mask-wearing and says vaccine passports are unnecessary and discriminatory.
Dr Hopwood said: “Times are very hard and people are delighted to have sincere individuals and a new political party step forward and speak up for them. Our numbers are growing rapidly as increasing numbers of local people realise what is going on and identify the need to stand together.”
Elections will take place for all 60 seats on Devon County Council on Thursday, May 6, with voters going to the polls to elect their representatives for the next four years.
The entirety of the 60-strong council will be up for re-election, with 56 ‘single-member’ Electoral Divisions and 2 ‘two-member’ Divisions’.
The current composition of the council consists of 41 Conservatives, 7 Labour, 6 Liberal Democrats, 3 Independents, 1 Green Party, 1 East Devon Alliance and 1 North Devon Liberal.
All elected councillors will serve their usual four year term upon their election.
The Conservatives and Labour are the only parties who are fielding the maximum of 60 candidates, with the Liberal Democrats fielding 55.
The Green Party are fielding 45 candidates, with one from UKIP, five from Reform UK, and 20 from the Freedom Alliance, who are standing on a platform of ‘no lockdowns, no curfews’.
The East Devon Alliance have three candidates, the Trade Unionist and Social Coalition have six, while there are 28 Independent candidates.