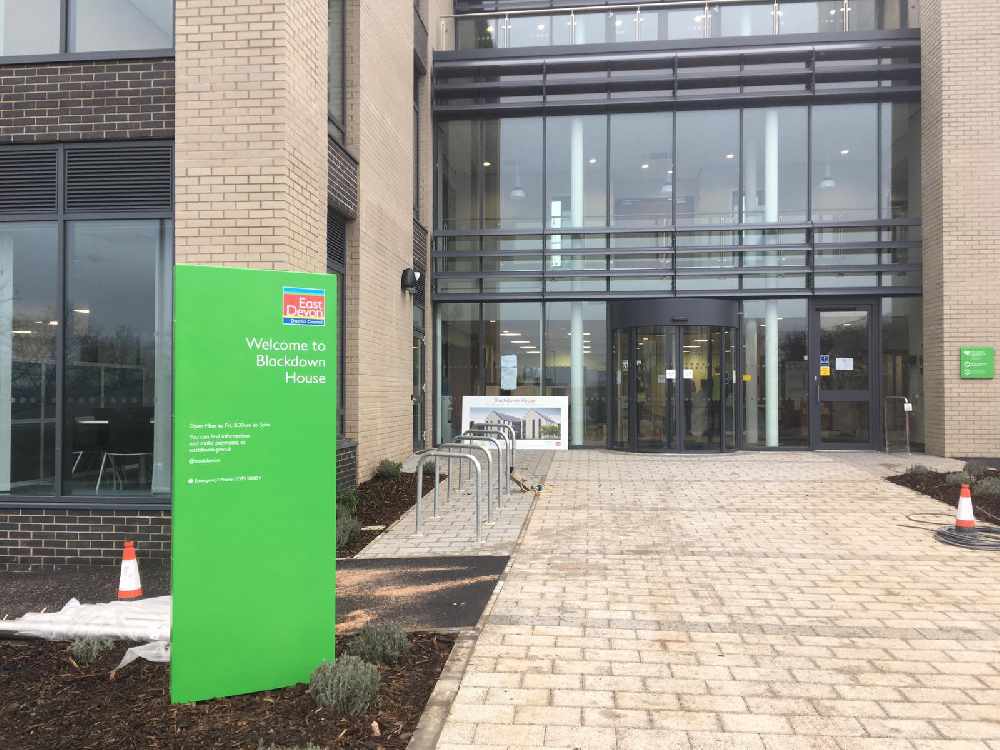 Rebrand East Devon as a 'red wall' district to get Government cash councillor jokes. Councillors from East Devon were united in their dismay that the district has been placed in the lowest tier for a Government regeneration fund – with one joking that they should rebrand the district as a ‘red wall district’.

Councillors from East Devon were united in their dismay that the district has been placed in the lowest tier for a Government regeneration fund – with one joking that they should rebrand the district as a ‘red wall district’.
The Government last month created the Levelling Up Fund, which brings together the Department for Transport, the Ministry for Housing, Communities and Local Government and the Treasury to invest £4.8 billion in high-value local infrastructure.
The fund will focus investment in projects that require up to £20m of funding, but bids above £20m and below £50m will be accepted for transport projects only.
However, East Devon District Council was only placed in the lowest of the three categories, and the prospectus for the fund outlining that while the preference will be given to bids from higher priority areas, bids from categories 2 and 3 will still be considered for funding on their merits of deliverability, value for money and strategic fit, and could still be successful if they are of exceptionally high quality.
The council’s cabinet, when they met on Wednesday night, unanimously agreed to recommend to the full council that a budget of up to £100,000 is made available to enable a bid to be put together, but they, as well as councillors from the Conservatives, were left disappointed by East Devon’s categorisation.
Further discussions will be held with the district’s three MPs over what bids, if any, East Devon chooses to submit, with suggestions over a bid for the regeneration of Exmouth town centre, the Axminster relief road, the Seaton seafront enhancement scheme, as well as improvements to existing infrastructure among the ideas floated at the cabinet meeting.
Cllr Paul Hayward, portfolio holder for economy and assets, said: “We have to take the opportunity as if we didn’t we would be lambasted, but is £100,000 that we need to spend wisely. We need to ensure the MPs understand the significance of that amount of money from the East Devon budget on what is a bid of a punt and it has to be supported 100 per cent by the MPs and they have to hold the Secretary of State’s feet to the fire and that it has to be considered greatly.
“If we are to spend £100,000 on EDDC money, then it has to be on a very understanding that the bids will be supported actively and positively.
“This could be very positive for the district and I look forward to talking to the MPs, but I am dismayed we are in Tier 3.”
On the suggestion that had been made by Conservative group leader Cllr Andrew Moulding, who added East Devon in Tier 3 was a disappointment, that a bid for the ‘ready-made’ Axminster relief road be considered, Cllr Hayward added that if they went down the route of the relief road, then they could end up with a better road placed in the right place rather than one located due to the cost and income from the house building to fund it.
Cllr Bruce de Saram added: “It is distressing to see us in the third tier but a joint bid could be successful and I hope we will work with the MP to get a successful outcome.”
Cllr Marianne Rixson added: “We should make better use of existing infrastructure rather than building more. Many bus routes have been cut and what we need instead of more loss of services is for buses to be reinstated and rural areas to need frequent affordable bus travel, as this is something we need to do if we are going to reduce carbon emissions.”
Cllr Jack Rowland said he was puzzled by the categorisation that placed East Devon is Tier 3, alongside the likes of Richmond, saying: “To think that equates to us with the same economic deprivation strikes me as slightly flawed.”
The cabinet unanimously agreed to note the prospectus and timescales for submission of bids, endorse the next steps to develop a bid, including meeting with MPs, and to recommend to Council that a budget of up to £100,000 is made available.
Cllr John Loudoun jokingly suggested a fourth recommendation that would have a cast iron recommendation that will get East Devon out of Tier 3, saying: “We recommend to the council that we rebrand the district as ‘East Devon – a red wall district’ – there you go and we’ll get the money.”
Simon Jupp, MP for East Devon, had previously said; “I have spoken up for Exmouth in Parliament and now funding which can be used to develop plans to improve our town is on the way. East Devon District Council needs to submit a strong bid to be considered for up to £20 million for Exmouth’s High Street. I hope the council will work with me to grasp this opportunity for the good of our town.”