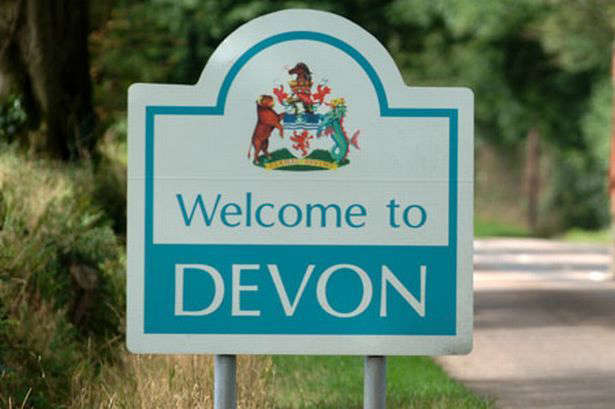 A partnership of Devon’s district councils and emergency services has received £7 million for releasing brownfield land for development and £1.3 million of custom and self-build grant funding. The government’s ‘One Public Estate’ programme aims to help councils create economic growth by unlocking land for new homes and jobs. It says this will “transform unloved and disused sites into vibrant communities for people to live and work.”

Millions of pounds of government funding has been awarded to district councils in Devon for regeneration schemes to boost economic recovery.
A partnership of Devon’s district councils and emergency services has received £7 million for releasing brownfield land for development and £1.3 million of custom and self-build grant funding.
The government’s ‘One Public Estate’ programme aims to help councils create economic growth by unlocking land for new homes and jobs. It says this will “transform unloved and disused sites into vibrant communities for people to live and work.”
Councillor Rufus Gilbert (Conservative, Salcombe), Devon County Council cabinet member for economic recovery and skills, said the county’s partnership, including with Torbay, had successfully received the full amount of its bid, “highlighting the benefits of working closely together”.
He added: “All of these schemes will regenerate and redevelop sites to open up opportunities for housing and economic growth as we look to ensure a strong recovery right across Devon.”
Exeter
Almost £6 million has been given to Exeter City Council to develop brownfield sites at the Cathedral and Quay car park, Mary Arches car park, Bonhay Meadows, Belle Isle and Exeter Canal Basin.
Councillor Laura Wright (Labour, St Thomas), deputy leader of the city council said: “This is excellent news for Exeter. This funding will help kick-start some very innovative housing projects which have been identified for key strategic sites in Exeter.
“We need to create more quality homes in the city but, to protect the greenfield ridges surrounding Exeter, we need to prioritise building on previously developed brownfield sites. So, it is excellent news that the funding is now in place to further progress these important schemes.”
A spokesperson for the city council said the locations had just been identified as potential brownfield sites suitable for new housing and that no further information is available.
Teignbridge
A combined total of up to 26 custom or self-build homes could be built at Orchard Lane, Dawlish and Howton Field near Newton Abbot after more than £850,000 was awarded.
Teignbridge District Council’s executive member for housing Councillor Martin Wrigley (Lib Dem, Dawlish North East) said: “Custom and self-build homes are an attractive option for many people so receiving funding to cover some of the high infrastructure costs on these council owned sites is welcomed. Our plans for 10 to 20 custom-build homes at Howton Field near Newton Abbot are well advanced with planning permission already achieved.
“The Orchard Lane site at Dawlish was highlighted in our recent local plan sites option consultation and so any building would be subject to the outcome of that consultation, member consideration and approval as well as planning permission being sought for around six affordable custom or self-build homes. If approved, some of the funding would enable us to offset the open space loss by improving play equipment on a nearby site.”
North Devon
North Devon is getting half a million pounds for groundworks and infrastructure to release the former Bicclescombe Depot site in Ilfracombe for up to 15 plots to include affordable housing.
More than a hundred people are on North Devon’s register seeking suitable building plots. Once the district council has secured outline planning permission and delivered the infrastructure, individual serviced plots [ which means they have access to utilities] will be made available for those wishing to build their own home or commission one to be built by professionals.
North Devon Council’s lead member for economic regeneration Councillor Malcolm Prowse (Independent, Bratton Fleming) said: “This is a once-in-a- lifetime opportunity to bring this site back to life and offer local people a chance to build their own homes.
“This site has long been a thorn in our side due to the complications on site making it unviable but thanks to this government investment, we can finally overcome all of those hurdles to the benefit of the community and the local economy.”
The funding in Devon forms part of a total of £58 million allocated by the department for levelling up, housing and communities to councils across the country.
Torbay Council is also to receive over £1 million to help kickstart house-building projects in Brixham and Torre Marine.
It will get £675,000 for the redevelopment of Brixham town centre multi-storey car park and £415,000 to carry out groundworks at Torre Marine.