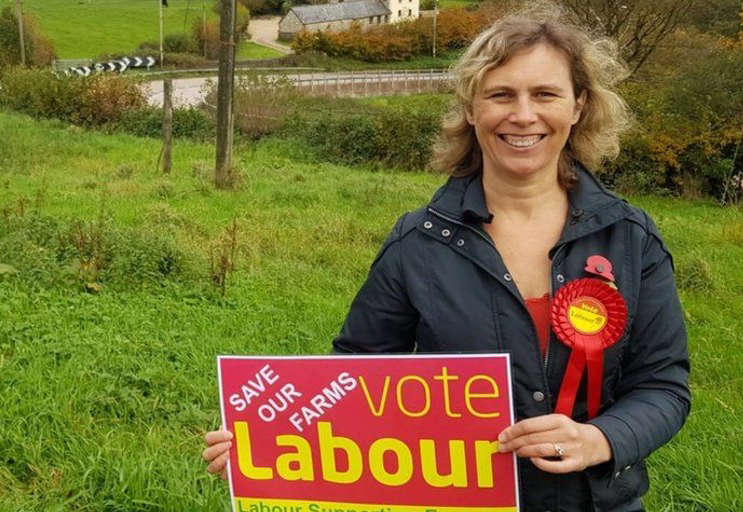 Ms Pole, chair of the local Labour party, also stood at the last election in 2019 – finishing a distant second and some 24,000 votes behind Mr Parish.

Businesswoman Liz Pole has again been named as Labour’s candidate in Tiverton and Honiton, ahead of the forthcoming by-election.

Voters in the constituency will go to the polls on Thursday 23 June to elect their new MP, following the resignation of Conservative Neil Parish after he admitted watching pornography in the House of Commons.

Ms Pole, chair of the local Labour party, also stood at the last election in 2019 – finishing a distant second and some 24,000 votes behind Mr Parish.

Describing her nomination as an “honour”, she said: “Times are much tougher than they should be for hardworking people across our constituency. We are in a cost-of-living crisis, and in Tiverton and Honiton, real wages will fall by £1,100 this year on average because of spiralling inflation.

“It’s time we sent a clear message to Boris Johnson that enough is enough, because Tiverton and Honiton, and the country deserve so much better.”

There are reports that Labour will be focussing its efforts more on another by-election being held on the same day in Wakefield, where the party lost the seat to the Tories in 2019.

PoliticsHome claimed Labour had told its frontbench not to campaign in Devon in favour of focusing on winning back the West Yorkshire seat, but this has since been denied by Sir Keir Starmer to the Labour List website.

However, the Labour leader did add: “I’m not saying to people don’t go to other places, Tiverton etc… But, obviously, Wakefield is a very, very important seat for us.”

The three main parties have all now named their candidates. The Liberal Democrats announced ex-army major Richard Foord on Friday, while former head teacher Helen Hurford will be representing the Conservatives.

Reform UK, formerly known as the Brexit Party, will also be contesting the election. They have named Andy Foan as their candidate.

There is speculation that Mr Parish could also stand as an independent. He recently told the BBC he has yet to decide whether to run.

Nominations close on Wednesday [25 May].