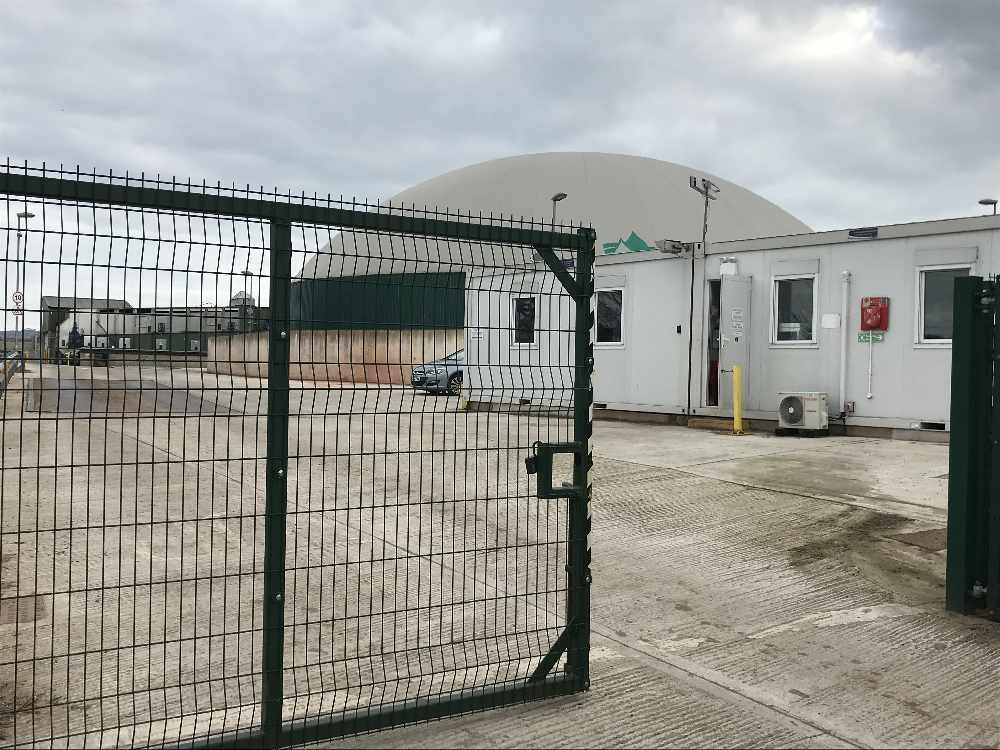 Plans for an industrial-scale lagoon near Upton Pyne have been given the go-ahead, despite the anger of locals and fourteen villages and hamlets joining forces to protest against the scheme. East Devon District Council’s planning committee on Wednesday morning voted to approve plans which would see the construction of a sealed digestate storage facility with a capacity to hold approximately 7.000 cubic metres of liquid digestate (organic fertiliser).

Plans for an industrial-scale lagoon near Upton Pyne have been given the go-ahead, despite the anger of locals and fourteen villages and hamlets joining forces to protest against the scheme.
East Devon District Council’s planning committee on Wednesday morning voted to approve plans which would see the construction of a sealed digestate storage facility with a capacity to hold approximately 7.000 cubic metres of liquid digestate (organic fertiliser).
The scheme would support the operation of the Gorst Biogas Ltd anaerobic digestion plant at Enfield Farm, Clyst St Mary, and the tank facility would store digestate over the farmland winter, but also allow digestate to be spread efficiently and sustainably as an organic fertiliser on the land surrounding it.
The lagoon will be located on a waterlogged green-field site off Rixenford Lane, which is owned by the Earl of Iddesleigh and served by a narrow, quiet country lane frequented by cyclists and walkers.
Local villages and hamlets had come together to object to the proposals, as have the Devon CPRE, saying that the expansion of anaerobic digesters (ADs) has to be curtailed to protect rural communities and the countryside as they are currently ‘out of control’.
The fourteen rural communities who had voiced their concerns by this proposal are Upton Pyne, Brampford Speke, Langford, Shute, Efford, Shobrooke, Newton St Cyres, Thorverton, Rewe, Ratcliffe, Politimore, Huxham, Cowley and Stoke Canon.

But the applicant Stuarts Partners Ltd had said the scheme supports the sustainability and efficiency of farming operations in the area and that it would not lead to a noticeable increase in traffic.
Planning officers had recommended that the scheme be approved, and councillors voted in favour of the recommendations by nine votes to three.
Setting up why officers had backed the plans, Chris Rose, development manager, told the committee that the impact on highway safety is considered acceptable as the vehicle movements associated with the development would not be detrimental to the occupiers of properties in the area and that while the proposal would have a visual impact, lagoons of this type in the countryside are not uncommon features.
He added: “It is clear that this proposal has generated considerable interest from local residents and other consultees. However, it is considered that, on balance, and subject to conditions, the proposal is acceptable.”
Agent for the applicant Troy Stuart added that the scheme will save movements from the lagoon to the farm, adding that while it doesn’t change the movements in total, it changes the intensity of them.
But local resident Sally Doldorph pleaded with the committee to reject the plans, saying ‘the state of several hamlets is in your hands today’, while Cllr Roger Cashmore, on behalf of Newton St Cyres Parish Council added: “Please reject this which only benefits the expansion plant of the AD on the other side of Exeter. Residents are angered and fail to grasp while this is even being considered and we have no confidence the conditions can be relied on or enforced.”
And Cllr Fabian King, who represents the Exe Valley ward, added: “I have never received such discontent, upset or anger in Exe Valley that I have over this application. There is no genuine agricultural need for this and there is so much opposition to this.”
Cllr Joe Whibley said that while it appeared there would be little ground to defend a refusal if it went to appeal, ‘this doesn’t feel right, and I completely understand why the residents feel so strongly about this’, while Cllr Olly Davey added: “The suggested the lagoon will make it better, but only an intolerable situation made marginally better by the creation of the lagoon.”
However, Cllr Philip Skinner said: “What I think the applicant is trying to do is to try and reduce large volumes of traffic in a short window and having it in a much wider window because of the lagoon. The amount of movements won’t change whether we accept this or not, but how we deliver the movements over a longer period of time.
“In my opinion, I believe the benefits that will come from this is that the impact is likely to be less in volumes in short periods of time over a longer period than not having the lagoon.”
Cllr Tom Wright said that he understood and sympathise with the concerns expressed but that agriculture is changing and vehicles are much bigger, adding: “However disruptive movements are, the implications are not to significantly increase those movements, so we have very few grounds to object,” while Cllr David Key said: “I cannot see the problem with this. I feel sorry for the people who live there but we have to move on in life and this is part and parcel of farming.”
Councillors voted by nine votes to three to approve the application, albeit with a condition that the digestate can only be used on enterprises owned by the applicant.