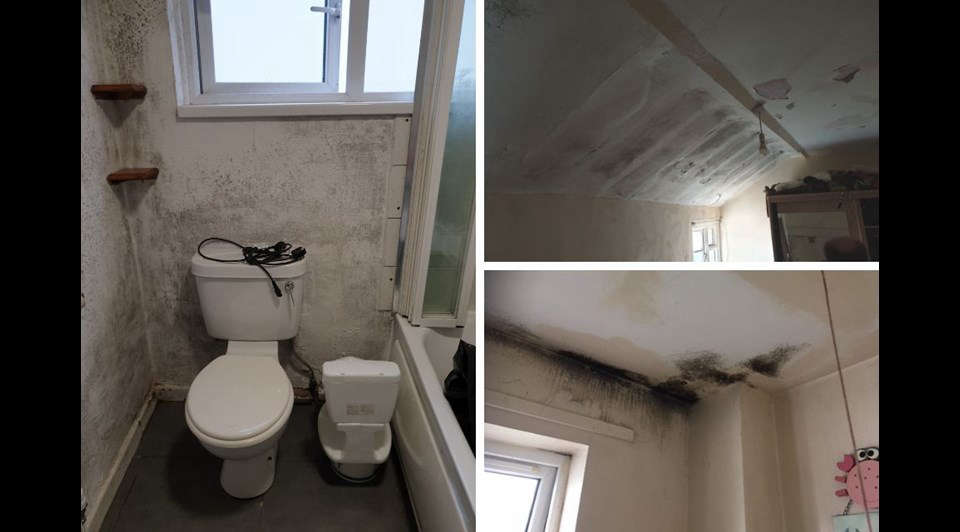 In hopes to encourage others to not suffer in silence, the authority has revealed one heart-wrenching story of an Exmouth family whose home had been overcome with damp and black mould that had grown up the walls and ceilings in their bedrooms.

xmouth family whose home had been overcome with damp and black mould has got the much-needed help they needed, thanks to East Devon District Council.

The damp and mould season has begun, with many East Devon residents struggling with the cost-of-living and to heat their homes.

This means it is important now more than ever to keep your landlord informed if you are struggling with any repair issues in your rented home.

East Devon District Council’s (EDDC) ‘environmental health private sector housing team’ receives at least one call a week from tenants who are privately renting and are having issues with damp and mould.

In hopes to encourage others to not suffer in silence, the authority has revealed one heart-wrenching story of an Exmouth family whose home had been overcome with damp and black mould that had grown up the walls and ceilings in their bedrooms.

Condensation had also begun running down the walls with an overwhelming smell of damp infesting the home. It had got to the point where the children's clothes couldn’t dry properly and smelt which left them being bullied about it at school.

After contacting the council, EDDC officers visited the resident to see how they could help – this is just one of the many issues the private sector housing team deals with on a weekly basis.

The investigating officer at EDDC said:

We learnt the resident had just one set of school uniforms for their children, which was being washed every day.

Although they had a tumble dryer the family couldn’t afford to use it so were drying their clothes on a heater in the living room.

Not only this, but they also couldn't get the heating to work properly.

One of EDDC’s many roles is to help residents struggling with the cost-of-living – which is why its financial resilience team plays such a crucial role in assessing and offering advice, as well as direct support to make sure residents can get the best help available – that they would otherwise not know about. The team works with various partner organisations and are experts in knowing who can help when and referring residents in need.

We gave general advice about condensation and heating, and referred the resident to the resilience team who found that they were eligible for money towards school uniforms, white goods and food.

Exeter Community Energy gave practical advice on energy efficiency so the tenant could save money on their energy bills.

As well as this, we recommended the tenant wrote to their landlord so our team could arrange to do a full inspection of the property with the landlord – this resulted in the installation of an electric extractor fan in the bathroom and kitchen to remove moisture, reducing condensation.

The landlord altered the worktops in the kitchen, so the tumble dryer could be installed and used properly also and showed the tenant how to use the heating.

All the area affected by mould were also cleaned and re-painted.

It was really nice to know our officers were able to help this family in need who didn’t know what to do to fix the issue in their home. In this case, we worked with a very willing landlord who wanted to help as much as we did, once they knew there was a problem at the property.

A big part of officers’ jobs is to help tenants communicate issues when they either don’t know how to themselves, are embarrassed or are worried, so need support contacting their landlords.

We would like to encourage anyone who is having damp or mould issues, or any other repair problems, to contact their landlord or letting agent. And if they still need help your council is here to help you!