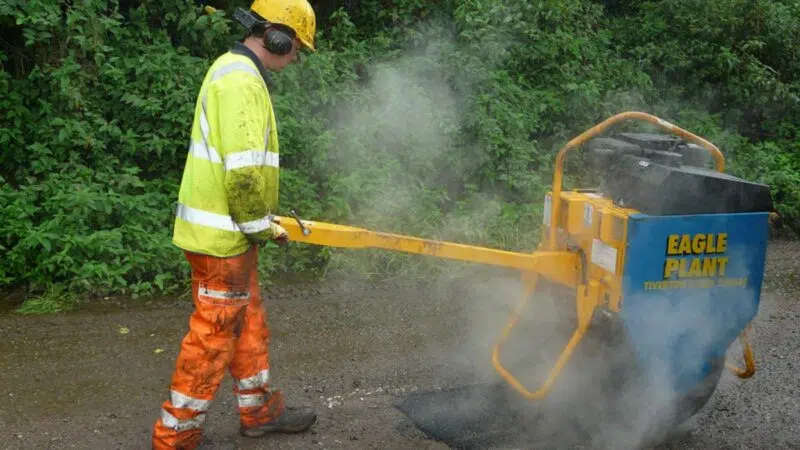 Devon County Council's ambition to be carbon neutral by 2030 is ahead of schedule, as they announce the next phase in cutting carbon from Devon’s roads maintenance.

Phase one, announced last year, saw us become one of the first councils in the country to develop a carbon calculator, a clever way of identifying the carbon emissions produced in every step of highway maintenance.

From the materials used; the labour involved; the distance and the type of transport used to get the materials and engineers to site; the longevity of the materials used and how long the repairs will last – that’s some of the data, crunched by the carbon calculator, that identifies the carbon emissions for that specific highway project.

Knowing all this in advance and planning it in at the early design stage of a job – building a new road or structure say, or repairs to an existing road – puts us in the best position to cut the anticipated amount of carbon generated by the project.

It’s already led to innovative changes in the way we and our contractors carry out highway repairs in Devon, using different materials and techniques, and recycling and re-using material as close to site as possible, for example, with significant reductions in carbon emissions.

So, if phase one is about eliminating carbon emissions at the design stage, phase two, which is being introduced in the next few weeks, is about tracking the actual carbon emitted at construction or repair stage.

Contractors have worked with us on designing this next phase, which will ask them to share their live data on completed projects.

Take for example a stretch of road that requires re-surfacing.

We want contractors to report back on the quantity of work they have carried out; the materials they’ve used, eg asphalt type – the amount of that material; how it got to site; what kind of fuel was used to get it to site; how far it’s travelled; the equipment needed on site, the fuel it uses and where it’s come from; the waste created and what happens to that waste…etc.

The detail helps to build a carbon profile that tells us and the contractor what the carbon emissions for that project have been.

Experts at the University of Exeter are working with us, and they’ve developed an algorithm to crunch the data and create a dashboard to visualise it in a consistent way for all highways projects.

It means that we and our contractors learn what works best, and together we can continue to cut carbon from our highway works.

Nationally, the way we now approach our highways work and the results it’s demonstrating in reducing carbon emissions is attracting much interest and excitement within public sector and industry.

Not only have we been invited to speak on national platforms to local authorities and highways experts across the UK about the work we’re doing, but we have also been working with the Future Highways Research Group, a not for profit organisation whose work is followed closely by the government.

Along with the Future Highways Research Group and the University of Exeter, we’re producing guidance and standards that other local authorities can use, based on our own experiences, to identify and reduce carbon in all highways works.

We’re seen as one of the UK’s pioneers in this field, and we’re helping to develop standards that all local authorities use, based on our current business model.

That would mean a standard way of identifying carbon and eliminating it, from design stage right through to construction or repair stage, across the UK.