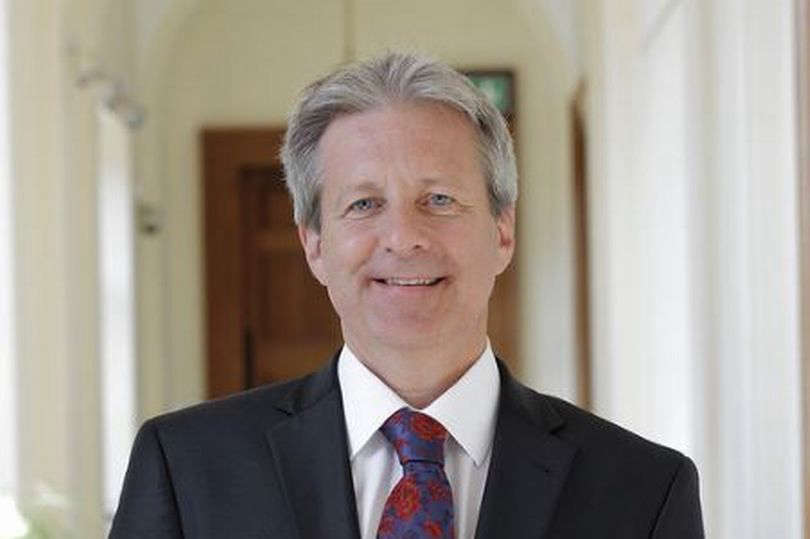 The chief executive of Devon County Council is retiring after 16 years in the job. Dr Phil Norrey has held the post since 2006 and is the longest-serving chief executive in the council’s history.

His departure comes at an important time for the authority, as it battles to keep spending in check amidst rising inflation and extra pressures on its adult and children’s services.
Right now it is also involved in negotiations with the government, along with neighbouring Plymouth and Torbay councils, about a devolution deal for the county which is hoped will increase powers locally.
However, Dr Norrey, who will be 60 next year, says it is the right time to leave and hand over to a successor at county hall.
The role is unlikely to be short of applicants. The council’s website says he earns £160,000 per year.
“Devon County Council has been a huge part of my life and I have thoroughly enjoyed working with some excellent colleagues to provide vital services to the people of Devon,” Dr Norrey said.
“This year the council has been building a talented new senior management team and it’s the right time for me to hand over to a successor with different talents and ideas to lead the authority as local government faces many new challenges.”
He first joined the authority in 1998 as deputy director of education, making the switch from neighbouring Somerset, before being promoted to run the education department.
His time as CEO has involved major projects such as the development of new towns at Cranbrook and Sherford, the South Devon link road, the creation of Exeter’s Science Park, and two waste-to-energy plants in Exeter and South Devon.
He continued: “I’m also proud that we have been consistently one of the top councils for recycling waste and, as a keen cyclist, the network of cycle trails that we have developed across the county.”
“One of my predecessors told me when I was appointed that I would probably not want to do the job for more than 10 years,” he added. “It’s now been 16 and a half years and I certainly never intended to go on past my sixtieth birthday.”
Dr Norrey ranks the major reorganisation of education in Exeter as one of the highlights of his career in Devon, along with leading the council through a period of austerity, Devon’s response to the pandemic and his current work on green issues.
The introduction of daily rail services from Exeter to Okehampton and the creation of new railway stations including Marsh Barton, which is currently under construction, would help encourage people out of their cars and onto public transport, he suggests.
The county council’s leader, John Hart, a Conservative, paid tribute, saying: “Phil Norrey has given nearly a quarter of a century of exemplary service to this county and I will miss his wise advice and counsel and his help and support.
“He has a local, regional and national reputation and it is fitting that he has been Devon’s longest-serving chief executive. I wish him all the very best for a long, healthy and happy retirement.”
Dr Norrey’s replacement is expected to be announced later in the summer.