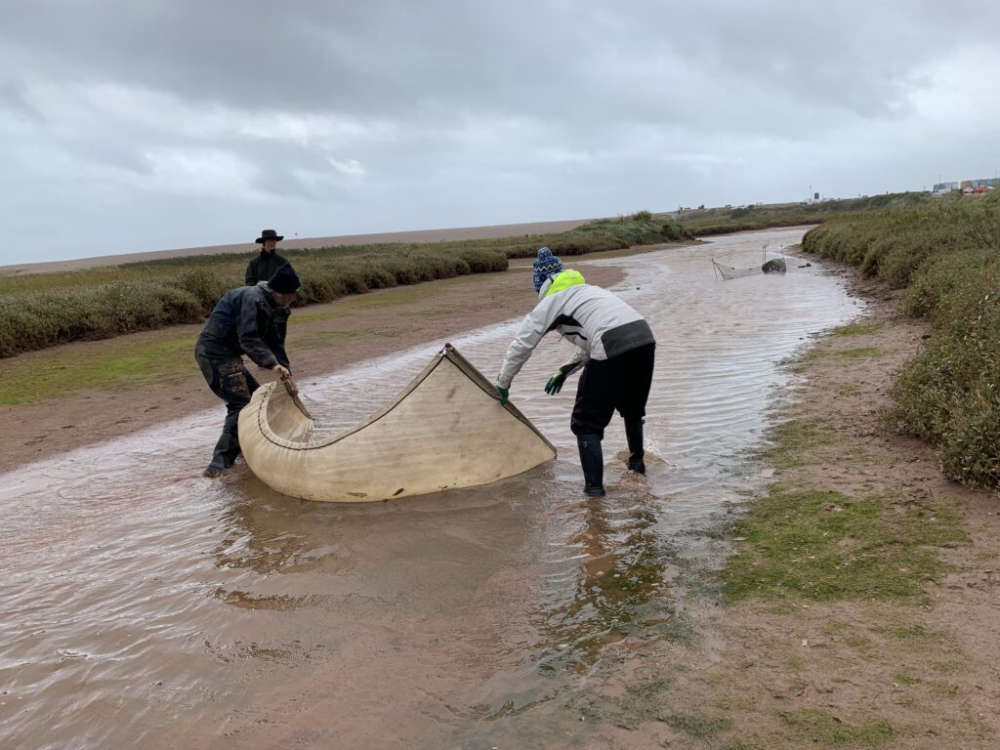 Local residents have been taking part in an ongoing ‘citizen science’ project with the East Devon Pebblebed Heaths Conservation Trust and Clinton Devon Estates, helping to carry out fish surveys that form part of the Project PACCo (Promoting Adaptation to Changing Coasts) environmental monitoring work in the Lower Otter Estuary.

LORP is a landscape-scale climate adaptation scheme to address the impact of climate change, by returning the Lower Otter estuary and flood plain to a more natural condition. Its benefits include the re-creation of 55 hectares of intertidal habitats, including mudflat and saltmarsh which provide a home for numerous rare and endangered native and migratory species.

Along with the Saâne Valley in Normandy, France, the estuary is one of two pilot sites where 100 hectares of coastal wetland will be restored under Project PACCo. The aim of PACCo is to demonstrate that it is possible for coastal communities to deliver a range of benefits for people and the environment, by adapting pre-emptively to climate change. Led by the Environment Agency, this project lasting over 3 years has a budget of €25.7m, of which €17.8m in funding has been provided by the European Regional Development Fund, via the Interreg France (Channel) England Programme. The project is also part-funded by the Environment Agency.

Volunteers have recently returned to the estuary and saltmarsh areas of the River Otter to continue gathering important baseline data, under the watchful eye of marine fisheries management consultant and marine lead for the Institute of Fisheries Management (IFM), Steve Colclough, a recognised UK expert in the field.

This data will be used as a baseline from which to inform how fish will hopefully thrive in the new saltmarsh area that will be created in 2023, when the embankment of the estuary is breached, as part of the LORP and PACCo schemes.

Steve said the signs are positive. In the latest survey, carried out in late July, similar species of fish were identified at the site, but were smaller, as this year the monitoring was taking place earlier in their life cycle.

“It’s what we expected to find, but what this did demonstrate was that they had spent the whole summer in this environment and shows how critically important the area is as a marine nursery ground,” said Steve, who will lead another monitoring session at the end of September.

Steve continued: “Sadly, we have removed 80 percent of saltmarshes around western Europe over the past 200 years through land claim and sea defence work. Now we have the exciting potential, through this restoration project, to create a new saltmarsh as it was two centuries ago.

“The baseline data we have gathered so far suggest fish will thrive, but it’s not just beneficial for the fish and other wildlife. A new piece of saltmarsh is ten times as good as a piece of woodland for sucking carbon out of the atmosphere.”

Steve first joined volunteers working with the East Devon Pebblebed Heaths Conservation Trust/Clinton Devon Estates last September, when the initial two-day monitoring was carried out on the River Otter, which was also designated a Marine Conservation Zone in 2019.

Over two days they netted a number of fish species, including mullet, bass, pollock, plaice and an abundance of common gobies.

During several training sessions, Steve has taught the volunteers the importance of estuarine areas to fish populations, how they use tidal flows to feed in intertidal habitats and how to identify certain fish species. They were also shown how to safely deploy both fyke and seine netting to catch fish for measuring.