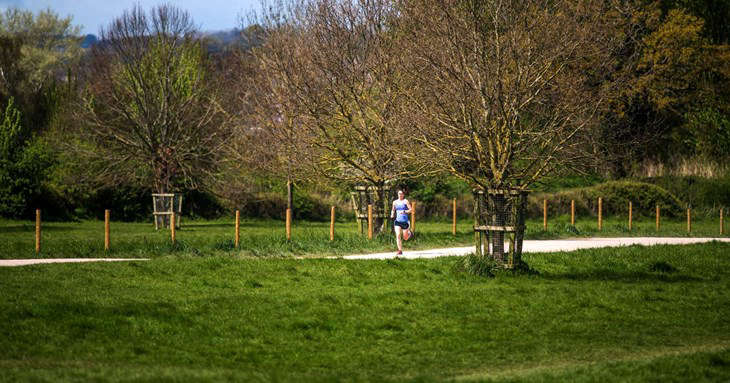 One of Exeter’s most popular green spaces is undergoing a host of changes aimed at improving the experience for visitors.

Each year Riverside Valley Park’s cattle grazed water meadows, woodland copses and riverbank are visited by thousands of local people along with many tourists.

Despite this high footfall, the park still provides a haven for local wildlife and a place where people can experience a sense of escape and tranquillity, all within a walk of the city’s busy centre.

The charity Devon Wildlife Trust manages Riverside and the city’s five other Valley Parks on behalf of Exeter City Council.

In the past year the Trust has introduced new information boards for visitors at Riverside and is now beginning to make a series of other improvements.

The main focus of these will be made at the Leafland area of the Valley Park. This wooded section sits on the bank of the River Exe, next to private allotments at Trews Weir. At present its circular path can become very muddy in winter, making access difficult for some visitors.

Support from Viridor Credits Environmental Company totalling £17,000, plus help from The Dixon Foundation, is enabling Devon Wildlife Trust to upgrade nearly 370 metres of the worst affected sections of Leafland’s pathways.

A durable membrane with a stone chip covering will be laid, which should mean less mud and easier access. The upgrade is scheduled to start on the path in September.  There will also be a new wooden bench installed at Leafland’s entrance.

Elsewhere around Riverside Valley Park, other improvements have begun. In early August a kissing gate and steps were replaced, while places which are prone to becoming muddy with heavy use have also received a stone dressing.

There are further plans to repair potholes along sections of the main track which leads visitors along the length of the Valley Park from Bromham’s Farm playing field changing rooms to Bridge Road at Countess Wear.

“The support we’ve received from both Viridor Credits and The Dixon Foundation will help this enormously. We’re especially keen to improve the current access to Leafland. This is a popular area of the Valley Park, but one which suffers with difficult, muddy access after heavy rain. It’s just one of several improvements we’ll now be able to undertake.”

“Because of the scale of this work and the involvement of machinery on site, it may mean that visitors will see some temporary path diversions and closures over the coming weeks. We apologise for this, but the results will make it worthwhile,” he added.