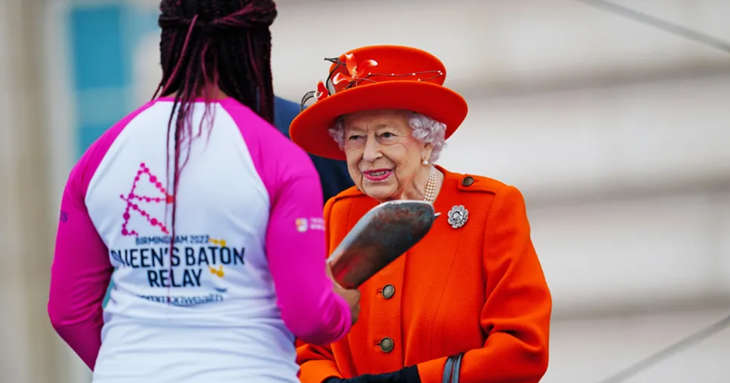 More details have been given for the Exeter leg of the Birmingham 2022 Queen’s Baton Relay on Monday 4 July. Spectators will be able to see the Baton pass through the city on its journey to the Birmingham 2022 Commonwealth Games, which starts on 28 July.

The Baton will arrive in Exeter on the morning of Monday 4 July, where it will set off on a Paddleboard along the Exeter Canal Basin just after 11am.

It will then follow a loop around the quayside overland from Piazza Terracina, returning back across the river using the Butts Ferry floating bridge.

It will then be taken to Exeter’s new leisure centre St Sidwell’s Point for the Devon School Games SEND (Special Educational Needs and Disabilities) Swim Festival hosted by Active Devon, which is a closed event not open to the public.

The Baton will then make its way onwards to Weymouth, to continue the South West Leg of the Relay. The Birmingham 2022 Queen’s Baton Relay is confirmed to visit Exeter during its final journey through England this summer, as the full route is revealed.

Exeter Foodbank (EFB) manager Mark Richardson is just one of the many people who will be carrying the Baton along the route in Exeter.

His pioneering work supporting those in need in Exeter and beyond, particularly over the pandemic is inspirational. Sensitive to ensuring the dignity of EFB clients, Mark has transformed the offering to a supermarket-type service where clients choose what they need rather than be handed a ‘standard bag of food offering’.

Birmingham 2022 is hosting the 16th official Queen’s Baton Relay – a journey which brings together and celebrates communities across the Commonwealth during the build up to the Games.

In England, the Queen’s Baton Relay will provide the opportunity for communities to experience the excitement for Birmingham 2022, as the 11 days of show-stopping sport nears ever closer.

The Queen’s Baton Relay will travel the length and breadth of England for a total of 29 days, before culminating at the Opening Ceremony for Birmingham 2022 on 28 July.

Thousands of Batonbearers, each with inspiring backgrounds and stories, will have the honour of carrying the Baton during the journey through England, including those nominated in recognition of their contributions to their local community, whether that be in sport, education, the arts, culture or charity.

Members of the public are encouraged to get involved with the celebrations and embrace the arrival of the Baton, taking the opportunity to experience the buzz of Birmingham 2022 in their community. The Birmingham 2022 website will be updated with information over the coming months, with detail on the events and where to line the route.

The Birmingham 2022 Queen’s Baton Relay began at Buckingham Palace on 7 October 2021, when The Queen placed Her Message to the Commonwealth into the Baton and passed it to four-time Paralympic gold medallist Kadeena Cox, who had the honour of being the first of thousands of Batonbearers to carry the Baton.

Since then, the Baton has visited Commonwealth nations and territories in Europe, Africa, Oceania. It still has further destinations in the Caribbean, the Americas, and more countries in Europe, including the Home Nations consisting of five days in Scotland, four in Northern Ireland and five in Wales, where it will finish on Sunday 3 July, before returning to England in summer for the final countdown to the Commonwealth Games.