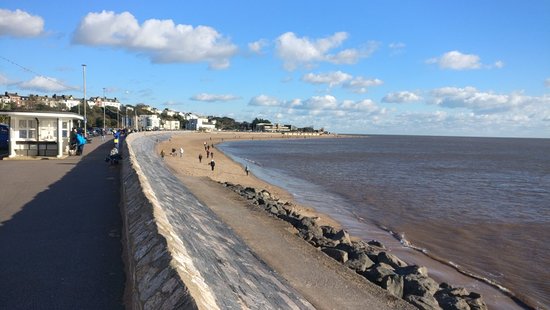 This is the first year Seaton has won the prestigious Blue Flag Award, joining the growing list of jewels in East Devon’s crown, Exmouth and Sidmouth.

Exmouth, Sidmouth and Seaton have been named as having some of the nicest beaches in the UK.

This is the first year Seaton has won the prestigious Blue Flag Award, joining the growing list of jewels in East Devon’s crown.

Exmouth has now won the accolade for the fourth year in a row while this is the third year for Sidmouth.

The three towns were among 151 locations given the award for their outstanding beaches.

Not only this, but Seaside Awards were also given to Exmouth (for the fifth year in a row), Sidmouth (fourth year), Budleigh Salterton (fourth year), Seaton (fifth year) and Beer for the first year by the national charity - Keep Britain Tidy.

The international Blue Flag and the UK Seaside Awards are the quality marks for our beaches and mean those visiting them can be sure that they are clean, safe and meet the highest environmental standards, as well as the tough international bathing water quality standards.

“I’m really pleased that not only have we been awarded yet again ‘Blue Flag’ and ‘Seaside Awards’ at our popular beaches, but a first-time Blue Flag for Seaton and a first-time for a Seaside award to Beer.

“I would like to thank the whole team from the officers, to the StreetScene staff, the many volunteers and the lifeguards for their hard work and dedication to achieving these accolades. So, thank you team EDDC.”

“These awards are great news for tourism in East Devon. To gain not one but two sets of awards for our beaches year after year is fantastic and shows what a lovely place East Devon is.

“My thanks must also go to all those businesses who cater for tourists. I hope that these awards will help them in their efforts to have a successful season.

“Finally, to all our visitors, I offer a warm welcome to East Devon and hope that you enjoy the outstanding environment that is on offer."