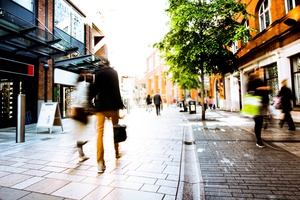 Most of East Devon’s future housing growth will have to be built on sites outside of existing town centres, councillors have been told. With the council currently producing a new Local Plan, an Urban Capacity Study was commissioned to assess the potential for development within existing town centres inc. the Magnolia Centre, Exmouth.