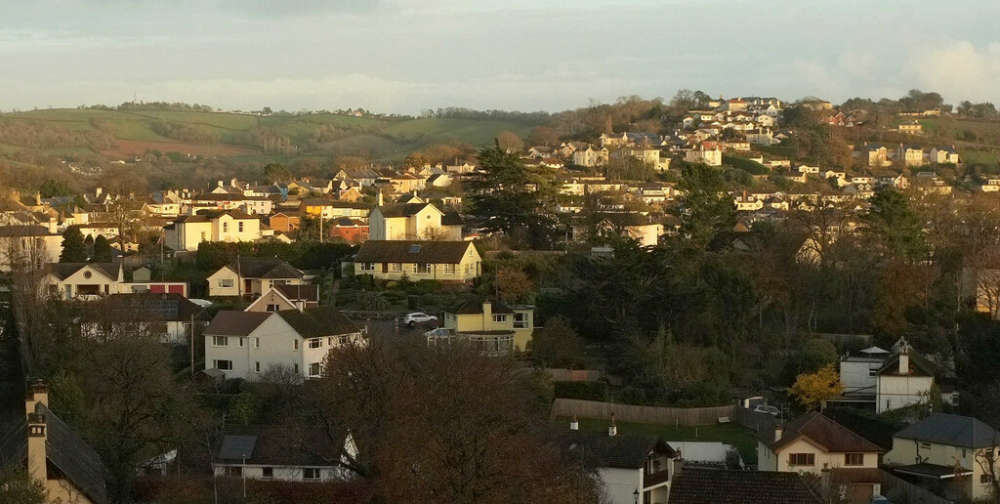 Leading Devon councillors say it’s “terrifying” that almost three-quarters of privately owned properties that were rented out just two years ago in the county are no longer available for tenants.

Leading Devon councillors say it’s “terrifying” that almost three-quarters of privately owned properties that were rented out just two years ago in the county are no longer available for tenants.
An open meeting of the Team Devon local outbreak engagement board has heard that around 70 per cent of private rental properties have left the market in the two years up to July 2021. The figures exclude Torbay and Plymouth, which are outside the Devon County Council administrative area.
Keri Denton, the county council’s head of economy, enterprise and skills, told members reductions are more prevalent in parts of the county such as West Devon, North Devon and Torridge, where there are higher levels of second-home ownership.
“A number of private rentals are turning up as Airbnbs and that’s obviously a decision for the homeowner, but it is placing pressure on our ability to attracting a workforce and offering housing to support those key sectors that we’re short in to support our economic recovery.”
Councillor Alistair Dewhirst (Liberal Democrat, Ipplepen), deputy leader of Teignbridge District Council, expressed his shock at the figure, adding: “It’s just such a staggering figure that I was just really taken aback.”
Councillor John Hart (Conservative, Bickleigh & Wembury), leader of Devon County Council, responded: “It is quite terrifying, and Airbnb’s got a lot to answer for, I keep saying that, without the controls that they ought to have.”
After the meeting, Cllr Hart said in a statement: “Having a buoyant private rental market is important to the Devon economy as it provides much needed accommodation for workers, so to hear that the private rental market has shrunk by around 70 per cent compared to pre-pandemic levels, is quite terrifying.
“And if teachers, nurses and young professionals were turning down opportunities to work here because there’s no accommodation to rent, that’s got to change.
“We know that with the current popularity of the staycation, a lot of private landlords have shifted their properties to become short term holiday rentals. Whether that shift is long term, or opportunistic for as long as holidaying at home is popular, is yet to be seen.
“Granted, tourism to the county brings in a lot of income to our retail, leisure and hospitality sectors, but we need to find the right balance. One that makes sure that good housing is available for rent by workers and their families in the county; while also providing attractive holiday accommodation to keep tourists coming back.”
Speaking after the meeting, Cllr Dewhirst said: “I am shocked. I think we are all shocked. Everybody I understand in the trade is amazed at what has happened in the housing market. I understand that estate agents are experiencing levels of business they’ve never known before, many have beaten all their targets for this year already.”
Cllr Dewhirst admitted he doesn’t know why private rentals had fallen so substantially across Devon, but said: “I’d like to hope that this isn’t down to people like Airbnb as it were gobbling up the market.”
He pointed to measures in Teignbridge to help address the shortfall, which include the building of new council homes and a major regeneration project in Newton Abbot that was approved last week.
Oliver Williams, director of Exeter-based Robert Williams Estate Agents, said he was “very surprised” by the figure based on the company’s own portfolio, which hasn’t seen large amounts of landlords selling their rental properties.
“What we have seen is a massive increase in demand, which has definitely led to a shortage of properties and lots of tenants being unable to find new properties.”
Asked whether landlords had shifted rented homes over to Airbnb, Mr Williams said: “It is something we’ve seen to a certain extent. We actually also have a business that manages Airbnb properties and have had a few of our landlord clients move their properties over to that model.
I wouldn’t say it’s an excessive amount because it’s dependent on the particular type of property for that market, but potentially over the county maybe there is a shift in that direction.
He added the lack of supply had “definitely forced rental prices up,” and questioned how many new homes being built were then being made available as rental stock.
The Office for National Statistics this week announced the average cost of rent in the south west increased by 2.6 per cent in the year to August, more than double the 1.2 per cent increase for the whole of the UK, while the fall in supply was most widespread in the south west, east and west Midlands.
The figures also revealed that eight per cent of properties in the South Hams are now second homes, with the number four per cent in North Devon and East Devon.
Airbnb were approached for a comment but had not issued a response at the time of publication.