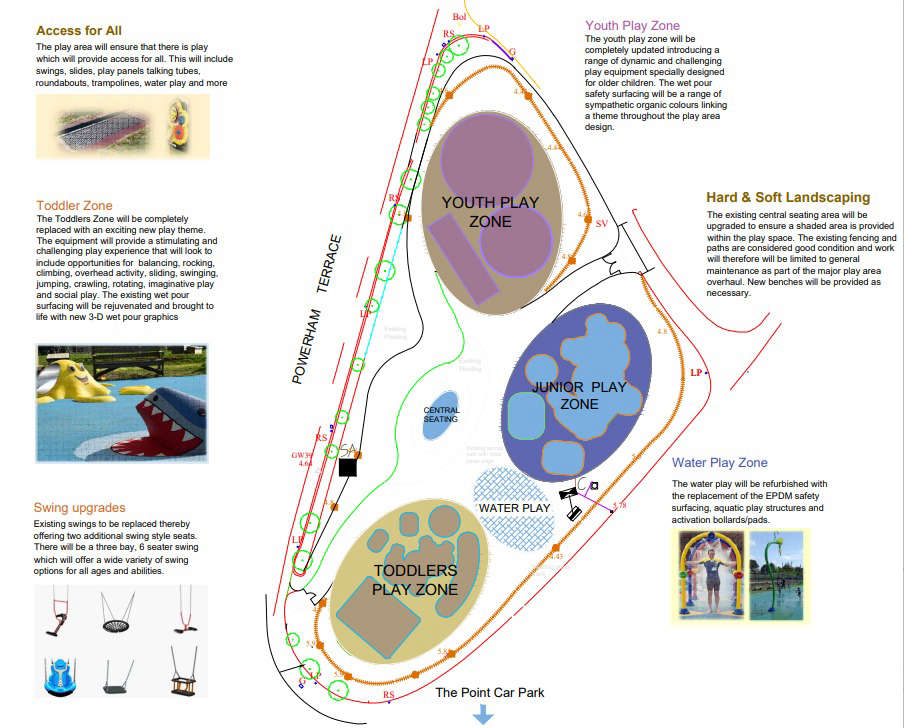 A £280,000 refurbishment is on the way for The Den after councillors approved plans. The money, which will come from levies on housing developments, will pay for three new play zones, equipment and safety surfacing. Teignbridge District Council said the existing facilities had reached “the end of their useful life” after 16 years.

Children in Teignmouth and visitors to the town could soon be enjoying an upgraded play area on the seafront. A £280,000 refurbishment is on the way for The Den after councillors approved plans. The money, which will come from levies on housing developments, will pay for three new play zones, equipment and safety surfacing. Explaining how the “flagship destination play area is currently one of the most popular play areas in the district, drawing visitors from all over Teignbridge and the wider area,” Teignbridge District Council said the existing facilities had reached “the end of their useful life” after 16 years. A report to a meeting of the full council said the new-look Den will also have an ‘access for all’ boardwalk, adding to the existing three specifically designated zones for toddlers, juniors and young teenagers. The current wet play zone will also be refurbished. Councillor John Nutley (Lib Dem, Ashburton & Buckfastleigh), portfolio holder for recreation, sport and culture, said: “As we all know The Den play park in Teignmouth and Decoy in Newton Abbot are the two outstanding play and recreation areas we have in the district. “They attract thousands of visitors a year, both local and from wider communities, and from visiting families that come on holiday, which also boasts the economy of the local areas.” “For Teignbridge to be able to put forward a plan to redevelop The Den play park, and not only that, for parents to know their children will be safe in that there are three different age group play areas … will, I’m sure, bring more families to enjoy The Den and the local area.” The aim is to complete the work by the beginning of June, in time for the summer holidays and the main tourist season. Councillors heard how nearby public toilets at the Beachcomber Café would be relocating to under what used to be the aquarium, and it is hoped the switch will avoid any time where facilities are not available to the public. Following a question, the council’s leader Alan Connett (Lib Dem, Kenton & Starcross) said officers would let members know if any play equipment from The Den could be reused at another park. The upgrade comes after a further £150,000 was approved last week to refurbish the play area at Ashburton Road in Newton Abbot with new equipment for children up to 12, an additional play zone for older children, and mprovements to fencing and gates.